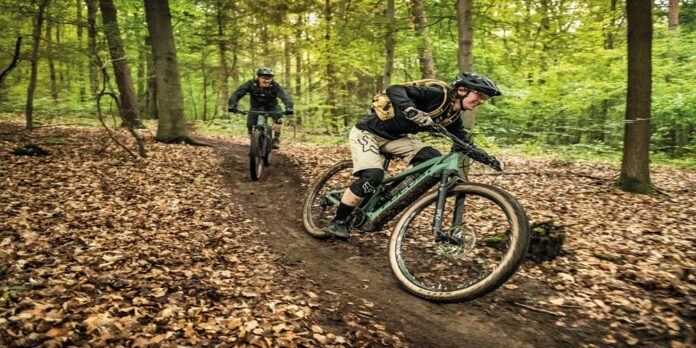 It’s not too late to join the electric bike revolution. Electric bikes are becoming increasingly popular on roads and trails across the country, and with good reason. Moreover, electric city bike offers a speedy alternative to traditional biking and gives people a great way to get around town without relying on gas-powered vehicles. So what are you waiting for? Let’s explore how it started and why electric bikes are taking over the world.

History of the Electric Bike

The history of electric bikes dates back to the late 19th century. At that time, inventors were trying to find ways to make bicycles easier and faster to ride. In 1895, Ogden Bolton Jr. patented an electric bicycle in the United States, sparking a revolution. By 1898, there was already a surge of interest in electric bikes in Europe, and the first commercial models were sold by 1900.

Electric bikes have advanced significantly since then. This has made them even more popular, especially with commuters and urban dwellers looking for an easy, efficient way to get around.

Electric bikes make it easy to get around town quickly and efficiently without worrying about traffic or parking. Moreover, many electric bike models have built-in GPS systems so you can find your way even if you don’t know the route. You can get from point A to B in no time with an electric bike. Electric bikes are much more environment-friendly than traditional cars or motorcycles because they don’t require any gasoline or other fuel sources.

Electric bikes are designed for performance as well as convenience. Many models have powerful motors that can take riders up steep hills without breaking a sweat. Plus, many electric bikes offer features like regenerative braking systems that help conserve energy and reduce wear and tear on the brake pads. This makes them ideal for long-distance rides or off-road adventures where you’ll need plenty of power but doesn’t want to waste fuel.

One of the best things about electric bikes is that they’re incredibly cost-effective compared to traditional cars or motorcycles. Most models cost less than $2,000—a fraction of what a new car would cost—and they won’t require extra maintenance costs either. And since they don’t require gas or oil changes like other vehicles, they’re much cheaper in the long run too.

Not just for transportation

Not only are electric bikes becoming more popular as a source of transportation, but they’re also becoming increasingly important when it comes to recreational activities like mountain biking or road cycling. They make long rides easier with their extra power output, allowing riders to tackle tough terrain easily. For those looking for a leisurely ride or simply want an easier way to explore their city, electric bikes offer an exciting new option that doesn’t require breaking a sweat.

If you’re looking for an eco-friendly way to get around town quickly and conveniently, then an electric bike may be just what you need! With their powerful performance capabilities and low maintenance costs, these vehicles are quickly becoming one of the most popular ways to travel in cities worldwide. So why not join in on this revolutionary trend? Get ready for the electric bike revolution today.

Things To Consider While Choosing A Fuel Pump

The Innovation Of The Curved Projector Screen

How Much Energy Does My Pool Pump Use

We brings to you the latest and most popular news related to every kind of lifestyle. Our platform contains news related to Lifestyle.
© Copyright 2021. All rights reserved.